Breadcrumbs Along the Path… 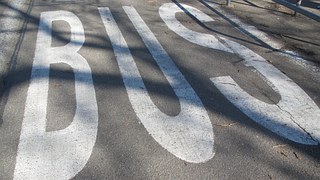 The “check tire pressure” dashboard light was still on.  I had just been to the dealership to have the problem remedied but despite reassurance from the service personnel, the light remained. Frustration had moved in.  It was then that I saw her.  For the second time.  She had been huddled in her wheelchair under the city bus stop shelter earlier while on my way to the dealership.  This time though her collar was up and her head down as if in blizzard mode.  The temperature was dropping.   Her face, obscured by the angle of her hat, kept her anonymous. And anonymous is so much easier when one’s life is on a mission and the role of good Samaritan is more comfortably left behind in the Gospel narrative.  But conviction pressed into me.  After a couple of intersections, I turned the car around and headed back to that bus stop.

I wonder how many opportunities are sacrificed because I am too busy or worse unwilling to involve myself with another’s stuff.  My life is programmed for full speed ahead with or without fully inflated tires on my vehicle.  It’s the nature of the beast that when I arise in the early morning hours and contemplate my day, there is a plan of sorts.  The problem is that once I’ve gotten my dose of Jesus, I’m off at the starting gate.   And sometimes He gets left there.

“This law of the holy love of God and neighbor is the whole tamale.  The rest is just commentary.”

If I hover over the Gospel long enough though, it’s pretty clear that the elevation of my plans over God’s is an oxymoron.  In fact, no matter how lovely and well intentioned my plans, if they don’t flow from God’s purposes I’ve missed the mark.  Of one thing I can be sure : His purpose involves people.  All types.  Not just the ones that fit unobtrusively within the flow of my day.

Oh, there are so many times when I wish it were otherwise.  I lack patience for all the ins and outs of people.  We are all so incredibly needy and I fear disappearing into the potential sinkholes.  I prefer easy fixes.  A quick quote of Scripture and a few choice pieces of advice and you’re on your way.  But life is messy.  And Lord knows I’m messy.

A Kingdom focus does not allow for a compartmentalized life. His touch for another will not wait upon all my criteria to fall into place before I act. When I attempt to fit God into my life as an afterthought,  I’m guilty of filling the jar with the small rocks first. Instead, the important larger ones must be placed first to allow the smaller, less important to fit later. It doesn’t work the other way around. Its a great word picture for Matt 6:33 –

But seek first His Kingdom and His righteousness and all these things will be given to you as well.

How easy it is to forget that His life is my life;  I died with him and I no longer live.  Lest it escapes me, dead people don’t have agendas.  It’s His agenda or nothing.  There really isn’t another choice if I call myself His child.

When I returned to the shelter, the bus was just pulling up.  The outer garment that I was prepared to offer this stranger was unneeded and the delay in my day was inconsequential. But the greater lesson learned was in that one tiny act of obedience: I shoved self aside.  I didn’t have to move any mountains that day, but I had purposed in my heart that I was willing. And sometimes that is the hardest mountain to move.